Forming a socket, whether it is a check or flexible socket, always starts with a positive mould. This positive mould can be made of plaster or foam, but in general, both materials are shaped and adjusted in a very similar way.

If you consider the following tips and tricks when making and positioning a positive mould, you will reach the best results for your final socket. An added benefit of this method is that you will not have to use a tricot cover.

Tip 1: Position the positive mould on a round pipe or metal rod that is vertically aligned 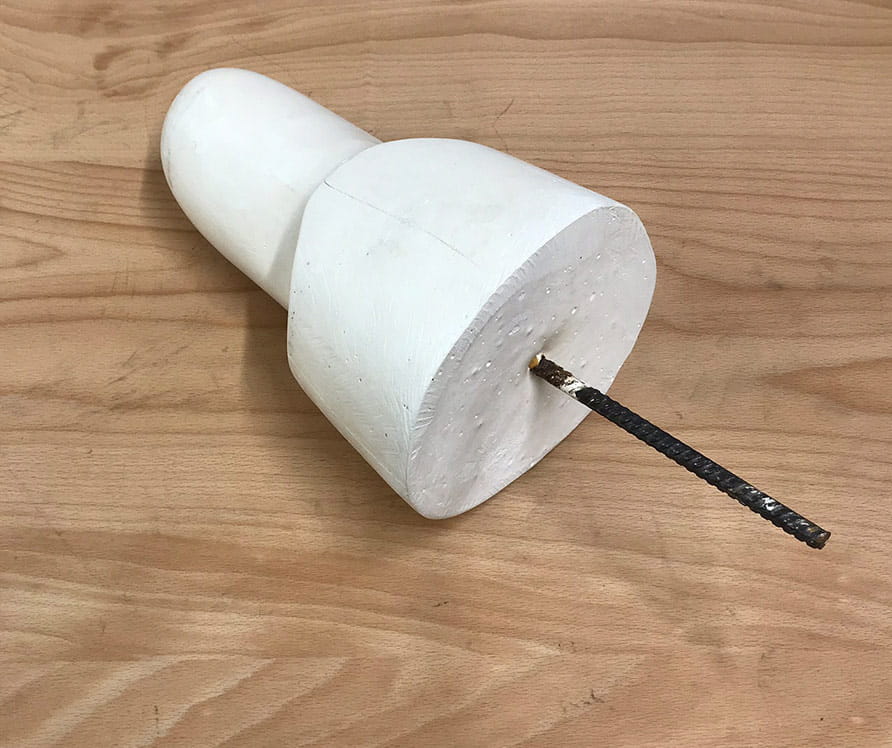 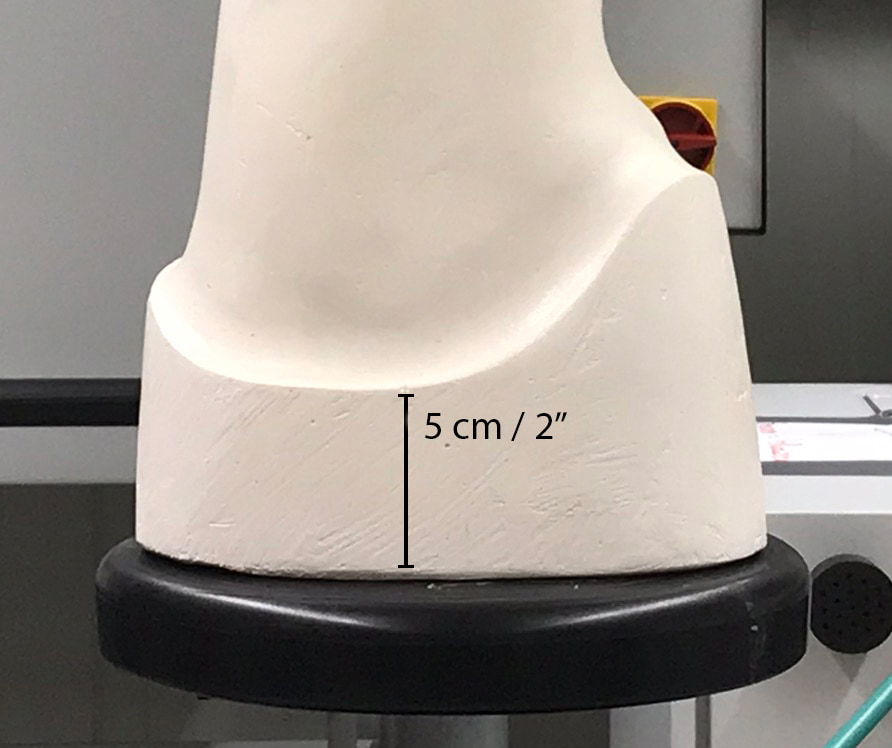 Make sure to give the positive mould a broad and conical base. A good foundation will give you the advantage of easily forming and removing the final socket. 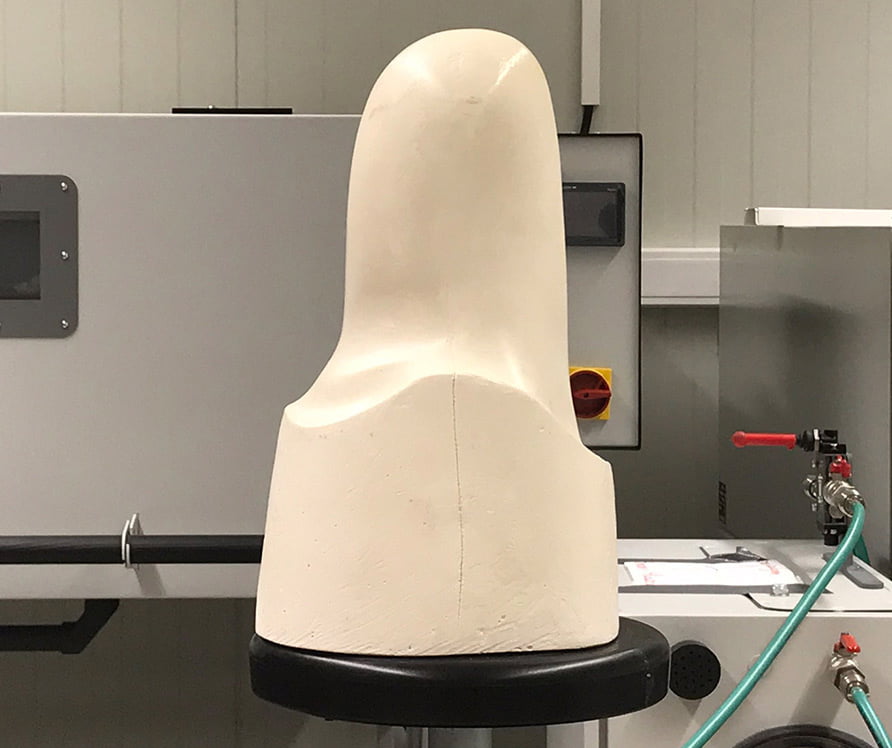 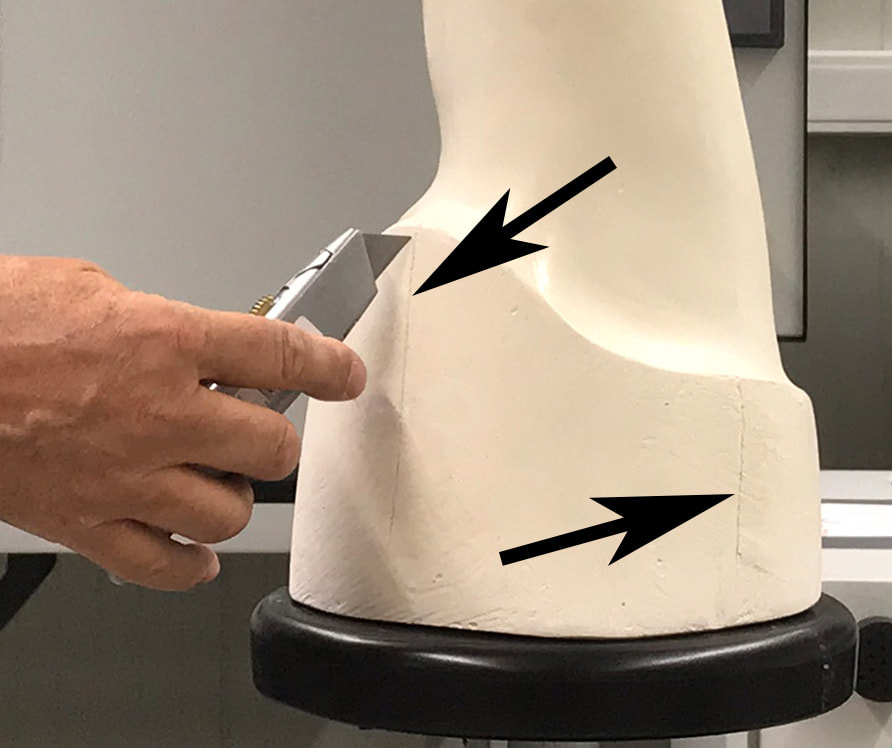 Give your positive mould air extraction ducts underneath the proximal borders of the socket, so that the vacuum suction can do its work.

Tip 4 (when making a plaster positive mould): Apply an acrylic varnish to the plaster 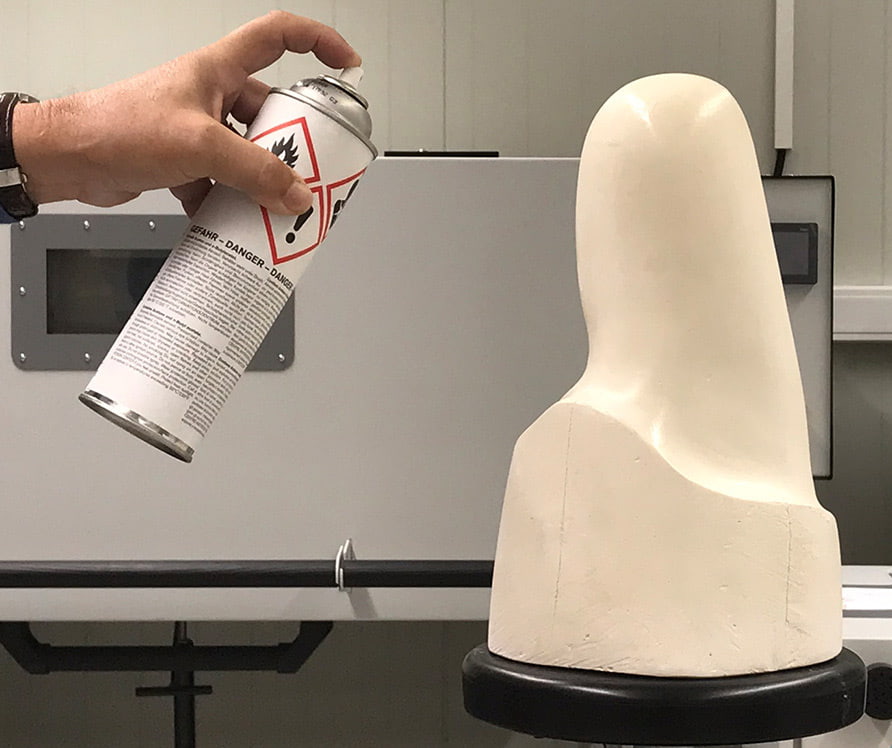 Keep in mind that water is enemy number one of high-temperature thermoplastic sheet materials. If water comes in contact with the thermoplastic, the final socket will have an uneven, milky surface and air bubbles. Take this into account when making a plaster positive mould. This issue does not occur with foam positive moulds.

To prevent water from interacting with the high-temperature thermoplastic, you can isolate the mould with an acrylic varnish. 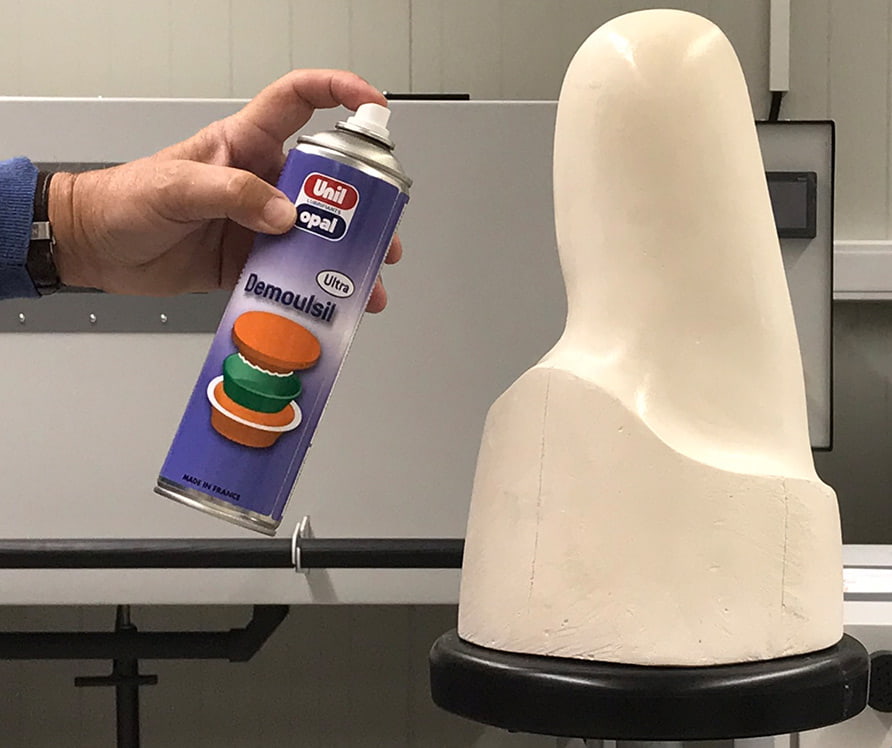 As a final step to prepare your positive mould before positioning it, you can apply a light layer of silicone demoulding spray. This silicone layer will ensure that the material does not stick to the positive mould during application and that it will easily come off once it has cooled down. 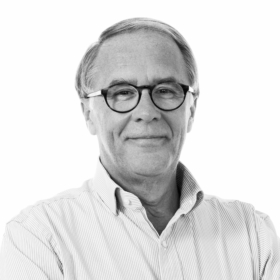 Marc studied in Brussels and London and is a certified Orthotist and Prosthetist.

After working in an O&P lab at the Universities of Louvain and Brussels, he decided to set up his own O&P lab in Antwerp. For over 30 years, he ran his own practice, together with his wife.

Since 2006, Marc works at the Orfit Industries headquarters in Wijnegem (Belgium) as a Product and Educational Specialist in Orthotics & Prosthetics and Physical Rehabilitation.

Featured in this article

Orfitrans Stiff is everything you want and need in a check socket material. This very rigid transparent material will not break, crack or shatter when dropped.
View product

For improved fitting options and improved outcomes. The perfect material to use for vacuum transtibial and transfemoral sockets.
View product

A PE-copolymer for orthotics and flexible prosthetic sockets Orfitrans Excel is lighter in weight than most other materials, resulting in increased patient comfort.
View product

Highly flexible with very smooth touch for prosthetic sockets Orfitrans Extra Soft with silicone is a flexible material that feels great and is not tacky or sticky.
View product

February 14, 2019
The process of moulding a socket is often seen as an art and requires great skill of a prosthetist. The socket needs to conform perfectly to the patient's stump so that it feels comfortable but still offers the necessary support. Follow along as we take you through all the steps of moulding a prosthetic socket using the bubble-forming method.
Read more

January 22, 2019
When it comes to moulding a check socket, good preparation is key. You should understand how your check socket material behaves and get to know the optimal working conditions.
Read more